A downloadable Rest In Pieces for Android

NOTE : " REST IN PIECES will be on Permanent 50% Discount " Enjoy mates!

Life as we know doesn’t exist, hordes of undead and demons have emerged and now rule the earth. The human race was forced to live in underground shelters in order to survive. To take what used to be theirs, humanity gathered forces and established small specialised teams to eliminate the threat. This action was called Project Rest in Pieces, aka R.I.P .

Killing the undying would not be enough, instead humanity developed an extremely advanced AI technology to manipulate specialized forces, now called “Agents”, in order to command from headquarters.

Using this advanced technology, AI called by project’s name “R.I.P.”, managed to capture the leftover souls of the undead to perform improvements on Agents gear, weaponry, but also on their strength and abilities.

In order to download this Rest In Pieces you must purchase it at or above the minimum price of $3.99 USD. You will get access to the following files:

Trying to organize my Quest games and was wondering if its possible to get a key for the game for App Lab if you own the game through itch?

I bought it a while ago and sideloaded it.

Please send an email at stormingtech.info@gmail.com

I saw that the game is now on app lab. How can I get the key to redeem it?

I purchased the game on sidequest with the e-mail diblasi85@yahoo.it

Thanks in advance and keep going, the game is very fun!

hey mate it's better to send me an email at stormingtech.info@gmail.com for getting an Applab key. Try not posting your email in public. 🙂

Great game.  Love that you can upgrade everything...👍👍👍

It's just released, contact me from your email to get you an AppLab key to redeem 🙂

That’s great and congrats. I decided to just buy it again.  Lol at you making more money!

LoL Thanks for the support, but really no reason to do this :p

Loving this game. Some constructive criticism: Dialogue for powerup pickups in the upper right is out of view, can't read them. Also, in the second and third mission, it's not much fun to try and find the last enemy in the mazes. Perhaps consider some sort of despawn/respawn mechanic to move stray enemies closer to the player at the end of waves. Apart from that this game is really cool. It's got the 90's shooter vibe written all over it. :-D

hey artnik, thank you for the comment! Actually despawn/respawn is already in implemented, just stay in an area and the enemy will come to you eventually

Awesome! Thanks. Your game is quickly becoming one of my favourites on the platform. :-)

I absolutely love this game. Have more fun with it than with many oculus store shooters.

Any chance to get the red dot sights from the SMG as a installable part for other weapons? I would love it to have it on my Viper guns instead of the laser beam.

For the love of GOD, how do I update this fucking game?!?

*Please Note : Updating to v1.15 from older version will possibly erase prior releases made progress. Moving from v1.15 and forward saved progress will remain intact.

Version 1.16 : To compensate for the loss of your progress for updating to 1.15 or later, you can go to Options/Support and click on ONE TIME CHEAT, this will grant you 30 Level and 100.000 Souls.

Please join on discord, it seems like a single case https://discord.gg/YxbNfrH

so far this game has a lot of potential, and i like the Killing Floor like style, but for all the good there is bad. one major problem with the game is that all the menus are a bit too far away so the quest renders them like a bunch of moving ants, which makes the menus way to hard to read, though this is not a problem with the HUD when playing a round. for all the depth this has with weapon quantity, they all feel really basic and lining up shots will be something to get used to if you have gotten used to other VR shooters. this game feels like it was not made with VR in mind, and i think because this is basically a mobile port thats obvious, but i REALLY hope they work on making this game feel better, and the main things that i think would help this game a bunch is making it so that you can use your other hand to stabalize a weapon, and the ability to manually reload by removing the magazine and putting in a new one. as it is as of launch you press A on the controller to start and stop the reloads, which is not really making use of the touch controllers in any meaningful way. if they added manual reloading and for snipers and shotguns especially, to cock the shotgun and put in another round in bolt action snipers, it would be much more immersive. as it is right now, i would say this game is worth 4 dollars, but be aware that you are paying more for the potential of the game at the moment. im being harsh on this game but i really do like it, as i love the killing floor games; it looks really good, but there are so many small problems that could be a whole new topic that it feels lacking.

Hey Sparklthecat, glad to hear you like Rest In Pieces! As for the MainMenu "pixelation", this will be fixed soon on next update! For the reload won't be implemented, unleast not for common weapons. If you progress enough and try higher difficulties you will understand that actually you don't have time to make manual reloads but only shoot as fast and accurate as you can :-)  Please join Discord channel to discuss further on shooting behaviour and more :-)

could I get a link to the discord? I would love to join 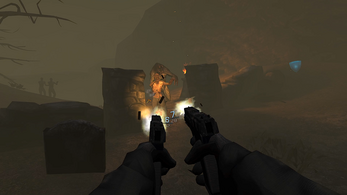 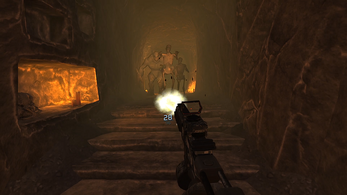 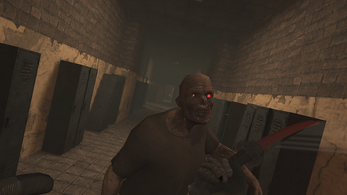 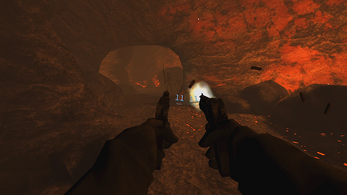 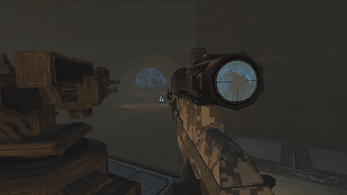 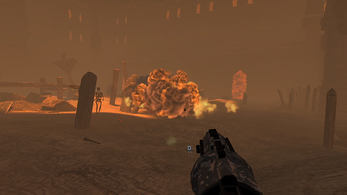